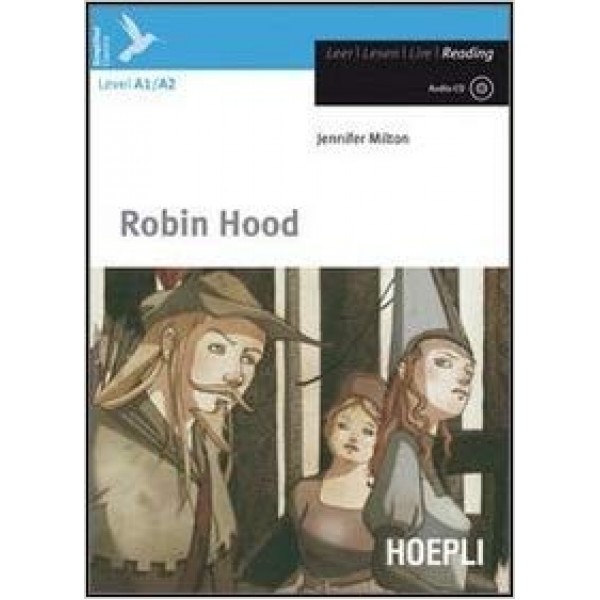 Robin Hood narrates the adventures of the legendary Robin Hood in the Forest of Sherwood where he hides out with his "merry men". Much, his best friend, Little John, Friar Tuck... are the heroes of this band of outlaws who fight against the injustice and abuses of the sheriff of Nottingham and of Lord Guy of Gisbourne. But this is not only a story about courage and knights, it is also the romantic story of the beautiful Lady Marian and the archer of Sherwood Forest. His great love for her leads him to put his life at stake to save her from an unhappy marriage to a cruel man.
One day, after years of absence, King Richard the Lionheart returns to England from his crusades and pardons Robin Hood, giving him back his lands and restoring him to his noble position.

​​The works are accompanied by ample teaching material aimed at improving vocabulary, developing reading skills, reinforcing grammar structures and attaining a greater level of comprehension. Specific dossiers expand upon the aspects regarding the historical and cultural context of the work. The audio-CD contains the recording of the text.