Αρχική » Soldier: A Visual History of the Fighting Man

Soldier: A Visual History of the Fighting Man 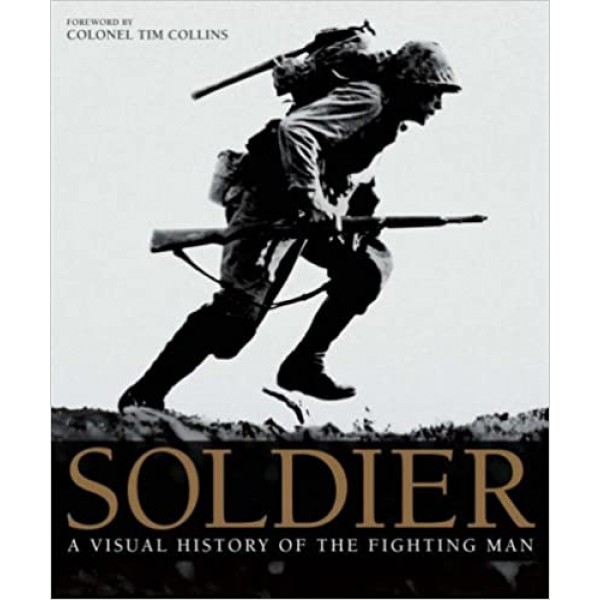 From the Ancient Greek hoplite through the Medieval knight to today's special forces, this powerful book relates the drama of warfare from the perspective of the people who have taken part - behind the lines and amid the visceral experience of battle.

With revealing accounts of a soldier's training, tactics and combat techniques, and detailed photographs of uniforms, weapons, and personal effects, Soldier is a remarkable visual chronicle of the reality of what it is to be a warrior.

"This book presents a warrior's life, on and off the battlefield. From the Samurai of Japan to US rifleman, explore the dramatic experiences of soldiers who've fought battles and paid the price of warfare. Experience life on the frontline through personal accounts of the training, living conditions and engagements from 2,500 years of military history. Learn about fighting techniques and tactics from each era, and see the armour, uniforms, kit and weapons used in the field. Virtual tours take you inside the fortresses, ships, tanks and aircraft in which soldiers have battled, from a Viking longship to the cockpit of a B17 bomber. This book contains foreword from Colonel Tim Collins (OBE), who made headlines with his inspirational 'Eve-of-Battle' speech during the Iraqi conflict. This is an essential visual record of the fighting man.​" -Reg Grant